New Year’s 2018 has come and gone, but the video games just keep on coming. When 2017 ended, the videogame scene was crazy., but now that 2018 has come, these amazing games are available for you to spend hours conquering every monster, demon, and puzzle you can get your hands on.

Here are nine of the best video games out so far.

Developed by Konjak, Iconoclasts is available on the PS4, Vita, and PC.

You’ll play as mechanic, Robin, in this 2D puzzle-platformer with retro graphics and an awesome storyline. Throughout the game, you’ll travel through a religiously-ruled technological dystopia trying to win against the robotic enemies that threaten your life. Complete with twitch shooting and tons of strategic puzzles to keep your attention, Iconoclasts is an amazing mixture of science, fear, and religion. 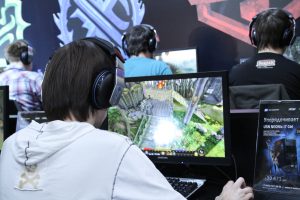 This marine world was developed by Unknown Worlds Entertainment. You go through this game traversing a mysterious planet under the ocean hungry, thirst, and battling aquatic beasts intent on eating you from head to toe. Sampling from some of Minecraft’s survival traits, this suspense-filled ride features caves that may have freshwater resources and will definitely have menacing creatures. As you try to find safety you’ll have to keep a constant monitor on your oxygen levels because, you know, drowning is not the ultimate goal. For those of you who want a more relaxed pace, Subnautica offers a relaxed mode where you can enjoy the landscapes and avoid the fear of death that will preoccupy your mind when playing the mother modes.

Shadow of the Colossus (Remake)

A forbidden land. 16 terrifying and enormous colossi. Shadow of the Colossus is an updated version of Team Aiko’s 2005 adventure. Your goal is to slay the huge creatures and conquer the questions of sacrifice, motivation, cruelty, and love. On the PS4, this game will challenge even the toughest of you with its vast, barren lands, melancholic feel, and spine-tingling battles. Improved camera, graphics, and controls will enhance your enjoyment of this classic. Sony and BluePoint Games have spared nothing with this amazing remake of Shadow of the Colossus.

From the mind of Towerfall comes Celeste. Developed by Matt Makes Games, Celeste is available on Xbox One, PC, Switch, and PS4. In Celeste, you will help Madeleine ascend a menacing mountain and tackle her demons. This twitch platformer is much tougher than it looks. Created with pixel graphics, you’ll be torn many ways as you go through the trials and tribulations of Madeleine’s world as she fights against depression and panic attacks. With the only hope in her world being the strawberries spread far and wide on this hostile mountain, you’ll feel the profound apathy and despair that is Madeleine’s current existence. 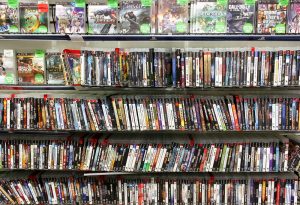 You don’t have to be an expert player to play Dragon Ball FighterZ. A classic, this one-on-one fighting game is the first proper game based on the wildly popular manga series Dragon Ball Z. With characters and storylines that match the lore of the series, amazing mechanics and a repertoire of characters that can be swapped out mid-game, Dragon Ball FighterZ will be fantastic. This game has vibrant colors that will keep you or your children entertained for hours. So, grab your PS4 or Xbox One and claim victory over your opponents.

RageSquid has come out with another awesome PC game, Descenders. Extreme mountain-biking similar to Skate and SSX, Descenders will pit your skills against unforgiving sprints down a mountain.

With top-speed flips, obstructions, and turns, Descenders will push your frustration to the limit. With every landscape being different due to the procedurally-generated courses when you do finally nail that perfect run, the mouse-jabbing and cursing will have been all worth it. Testing your BMX skills to the max, Descenders doesn’t let up until you’ve proven you’re the best on all of its random, heart-pounding courses. Get some sleep, you’ll need it. This winding, twisting, game will work your reflexes to exhaustion.

Platinum Games has outdone itself with this wild, action game that’s available on Switch. With the coming release of Bayonetta 3, now’s the perfect time to replay, or jump into, this vibrant feast for the eyes that casts you as the witch, Bayonetta. Using flamethrowers, whips, and hammers you’ll battle angels, demons, and Gods. And win, if you’re that good. When online, you and a friend can team up against the forces of good, evil, and all of those in-betwen. As Bayonetta, you can summon Witch Time and Umbran Climax. In Witch Time you can slow down time to kill all the enemies in your path, while Umbran Climax will call forth the devastating Infernal Demons. So, grab your Switch and eliminate every single enemy that threatens you.

These are some of the best games of 2018. Available on a variety of consoles, you can choose your favorite. Grab your controller, mouse, or keyboard and immerse yourself in these fantastic games featuring unforgettable characters, storylines, and graphics. Not only will you make tons of online pals, you’ll also lower stress, feel happier, and strengthen your thinking skills. Win-win, right?