6 Tips to Unleash the Inner Beast Within (in Bed)

Contents show
1 Getting physically active (and not just in bed)
2 Caffeine to awaken you and your buddy
3 Let go of cortisol
4 Who says sleep is for the weak?
5 Vitamin D for the D
6 See a sexpert for more guidance

If you’re reading this, it’s quite likely that you have experienced an abrupt sudden termination to a sexual climactic action at least once in your life. It doesn’t matter if you are still a novice and exploring ways to enhance your abilities, or if you are already a veteran in this field.

Premature ejaculation is much more prevalent than you might initially expect—one out of three males aged 18 to 59 living in the US suffer from this. Whatever the possible cause may be, whether it’s mental, physical, or others, there is no denying that this is an embarrassing and disappointing situation.

For this article, a rundown of master tips has been compiled to provide you insights that will come in handy during your crucial moments. 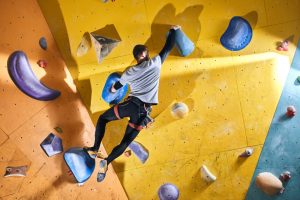 Olivia Newton-John once sang, “Let’s get physical, physical!” True enough, exercising has lots of physical and health benefits for the body. It is no surprise that maintaining a healthy cardiovascular system is one of the foolproof ways to develop a struggling man’s sexual performance. There are plenty of exercises that both men and women can benefit from. The scientific explanation behind this is because being physically active that involves an increased heart rate for a prolonged period assists in blood flow. Thus, an improved overall cardiovascular health also means enhanced penile blood flow and erection.

One of those is cardiovascular exercises. This specifically reduces sexual problems, especially erectile dysfunction, as indicated in a meta-analysis of five studies focused on 400 men. Some of the types of cardio exercises are walking, jogging, running, or even typical gym routines will do. Maintaining a consistent 30 minutes of exercise a day will surely pay off, both on and off the bed.

An exercise focused on the pelvic muscles alleviates both erectile dysfunction and premature ejaculation. Workouts that strengthen the pelvic floor include Kegel exercises, squats, barbell hip thrusts, and kettlebell swings to name a few. One way of identifying and exercising your pelvic muscles via doing Kegels is stopping the flow of urine midstream initially for 3 seconds then followed by a relaxation of another 3 seconds, as suggested by Mayo Clinic. After that, you can perform this exercise in 3 sets of 10 repetitions a day. One study supporting the benefits of strengthening the pelvic muscles is taken from a 2005 study. It provided specific recommendations that along the muscular base of the penis as well as the bottom of the pelvis should be emphasized during workouts.

A nice gold old cup of coffee is an all-time American favorite. Caffeine present in coffee, tea, and other substances is a known stimulant. The increased activity in the nervous system provides a surge in energy, focus, alertness, and plenty of other benefits! But are you aware that there are studies on caffeine and its role in sexual activity? The results from a 2015 study focusing on the males’ caffeine consumption of 170 to 375 milligrams a day shows great potential for reducing the chances of erectile dysfunction. Drink up your daily cup of caffeine to awaken you and your buddy underneath. 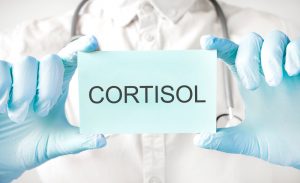 Notoriously dubbed as the stress hormone, cortisol is present whenever we feel stressed and uneasy.  Multiple studies have shown that prolonged and higher levels of cortisol gradually take a toll on one’s health.

Not only will it deteriorate a person’s psychological well-being, but cortisol also affects the cardiovascular system and the reproductive organs.

Cortisol brought by stress and anxiety ruins the fun and mood during important bedroom moments. It specifically targets the libido, which is a crucial factor during lovemaking. This leads to a multitude of worst-case scenarios—blood flow restriction in the nether regions and significant reduction of testosterone production. The final blow hits once the uninvited guest, erectile dysfunction, arrives.

Lessening the chances of this from happening can be remedied by exercising and getting a boost of caffeine. In this way, you’re hitting three birds with one stone—developing a healthy physique, improved sexual performance, and a significant decrease in cortisol levels.

In connection to lowering levels of cortisol, maintaining a consistent amount of sleep has lots of scientifically backed health advantages. The standard recommendation is having 7 to 8 hours of sleep to keep the body in its optimal state. Sleep is proven to be crucial for nervous system functions and preserving stable mental health. The sleeping process flushes out toxins and regulates cortisol. It also facilitates immune system health, the normal production of testosterone, and blood circulation.

So, what are you waiting for? Get that proper amount of sleep. You’ll have plenty of time to have fun in bed later on.

One guaranteed way for getting enough Vitamin D for your D is by spending a couple of minutes or hours outside. Get that daily sun exposure, while wearing sunscreen, to increase your sex drive and prevent penile dysfunction. Multitasking by exercising outdoors is an even better option. You can also take multivitamins with Vitamin D to maximize the benefits.

There is no guarantee that all of the previously mentioned tips will work for all people. But just in case none of those work for you, trust that a sexual healthcare expert will take care of your concerns. The issue can range from acute, mild, or severe, especially if the problem is related to erectile dysfunction and premature ejaculation. While feelings of shame and disappointment are very valid, the stigma associated with reproductive issues among males should not stop anyone from seeking the help of a medical professional. After all, your well-being is a far more urgent concern compared to what others will think.

What Should You Do If Sildenafil No Longer Works For You?