8 Lifestyle Factors That Accelerate the Aging Process According to Science

Aging is the body’s progressive physiological changes that lead to a decline in biological functions and a diminished ability to adapt to stress. All living organisms on earth go through the aging process, which is natural and fixed.

But humans seem to have difficulty accepting this fact. The cosmetics industry takes great advantage of this human weakness. It offers multiple products and supplements that can supposedly help a person to stay younger and defy aging. Whether or not a person relies on cosmetics and surgeries to hide their actual age, the choice depends solely on individual discretion.

Interestingly, some people can go through aging with ease and grace. They accept what is and allow nature to do its grandest work in their lives.

But then, despite this normal life process, aging can come with an increased risk of diseases that can lead to disability and even early death. Most often, diseases that accompany aging are the result of lifestyle factors that could have been prevented earlier on. These lifestyle factors are what accelerate aging and give way to the risk of developing diseases.

If you’re doing the following things, stop immediately. Give justice to yourself and wait for your turn to age gracefully. You don’t have to speed up the process because you’re here to enjoy the journey.

Your mind is a very powerful tool. What your mind can conceive, your body can achieve. This means if you’re thinking you’re too old to do things like bungee jumping or rock climbing, chances are, you’ll feel you are. You never can do those things because it’s what you’re thinking and feeling.

Psychotherapist Robi Ludwig says feeling old can make you age. But when you feel younger than your actual age, you will feel more positive and hopeful. You will do more productive workouts and be in touch with good possibilities in life.

Having repeated periods of poverty 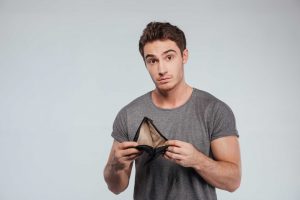 While the aging process is more associated with how the mind works, new research showed that your financial situation can affect your aging process. People whose income falls below the relative poverty threshold for four or more years show early signs of aging. The researchers also found that people who experienced years of poverty performed worse in cognition.

This gives you a good insight to manage your finances well to prevent problems and illnesses associated with early aging.

If you think it’s okay not to forgive people when they don’t ask for it, you’re indeed wrong. Whether or not the person who has caused you bitterness and frustration will ask for your forgiveness, you have to forgive them, not to declare them free of guilt but to free yourself from the pent up emotions that can increase your blood pressure and heart rate.

Psychiatrist Karen Swartz explained that hurt and disappointment can cause serious physical burden to the body. People who don’t manage to let go of their grudges are more at risk of early death. “I forgive myself” and “I forgive others” should be your mantra to protect your health and delay aging.

Grilled meats are extremely mouth-watering but too much of them can increase your risk of cancer, according to the National Cancer Institute.

Grilled meats are exposed not only to an open flame and high temperatures exceeding 300 degrees but also to heterocyclic amines and polycyclic aromatic hydrocarbons, harmful chemicals that can cause cancer.

If giving up the barbecue is hard for you, you can still feast on them through more safe cooking. Cook your meat in a microwave before grilling to reduce open flame exposure or keep turning the meat over high heat to prevent harmful chemical formation.

Assuming that life is over 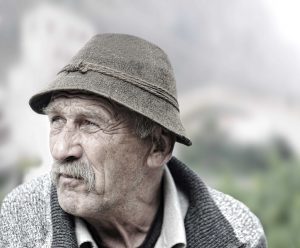 Some old people feel that their golden years meant their best years are over. But this assumption associated with aging is baseless. Life does not belong to the young and vibrant alone but to old people as well. As long as you believe that you’re still interesting and relevant and do appropriate things to prove this, people will see your value despite your age.

Don’t allow the youth-obsessed society to dictate how you should think and feel. With your experience and wisdom, you know better.

Slouching is common to people who do computer or desk jobs. People who text often also misalign their bodies. The spine has been perfectly designed to support the body. A good posture provides you with good health while a bad one enables your body to feel certain issues like back, neck, or hip pain.

People who have a habit of slumping tend to look older. If left for long, slouching can put a strain on the spine, the muscles, disks, and bones, which can become more problematic as you advance in age.

Sleeping on your back or stomach

While lying on the stomach makes you feel well-rested, scientists say this is not the best position to sleep with, neither is lying on your back. In a study of mice, researchers found that sleeping on the side allows a smooth elimination of waste chemicals from the body. A buildup of these waste chemicals can lead to poor neurological health. While this requires more research involving humans, this still gives a glimpse of the possibility of reducing the risk of neurological problems like Alzheimer’s or Parkinson’s.

Not reducing weight is another factor that can accelerate aging. In a study of 473 people involving lean and overweight participants between the ages of 20 and 87, researchers found that lean people have more white matter than their overweight counterparts. The white matter is a brain tissue that connects areas of the brain and enables communication between brain regions.

The scientists discovered that there’s a shrinkage in the brains of the overweight participants, those having a BMI of 25 and above. Unluckily, there’s a strong correlation between brain shrinkage and a higher risk of cognitive decline and dementia. If your BMI is over 25, you should start to consider pursuing your weight loss goals. Cognitive issues are never easy, especially when you’re advancing in age.

Top 18 Best Foods to Eat on Your Weight Loss Journey