Contents show
1 Using the Wrong Muscle Groups
1.1 Reducing Their Range of Motion
1.2 Rounding Your Back
1.3 Using Too Much Equipment

Deadlifts are one of the best compound exercises you can do when it comes to lower back and legs. It is one exercise you should definitely include in your routine if you really want to pack on the muscle in those areas.

With that being said many people are just doing the exercise wrong which is not only going to affect how quickly you are going to progress to greater weights, but also can potentially cause you serious injury.

Compound exercises are the best exercises you can do when trying to gain as much size and strength in a particular frame of time. This is because compound exercises like the dead lift involves the movement of multiple muscle groups and joints, which can also lead to many errors in form.

These exercises are more difficult to do as well, and many people make mistakes doing them. Here are the most common ones people typically make when doing deadlifts. 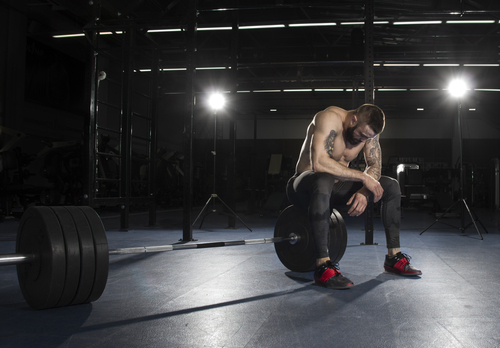 As mentioned before the deadlift is already a compound exercise which works around multiple joints, giving plenty of work to our lower back and legs. You don’t need to complicate things by adding more muscle groups in there, which people tend to do.

One of the most common errors people make here is to roll back their shoulder at the top of their lift, and some extend their hips forward as well. Rolling your shoulders is not only going to put more strain on the shoulder joint itself, but the motion of leaning back while doing so is going to put more force on your spine as well.

One important thing to keep in mind when doing deadlifts is that your arms should remain stationary in the same position throughout the exercise. Do not be “helping” the weight up in the beginning of the lift with your arms either, as you aren’t targeting them here.

Reducing Their Range of Motion

Many people cheat when it comes to doing their deadlifts, in that they are only doing half reps. Your starting position and finishing position for the deadlift should be with the bar on the floor, and not in the standing position.

Many people make the mistake of starting their lift in the standing position, which severely limits the range of motion in the exercise, and thus the results they will get from it. Doing deadlifts in this manner more so resembles a Romanian deadlift, which is a completely different exercise. 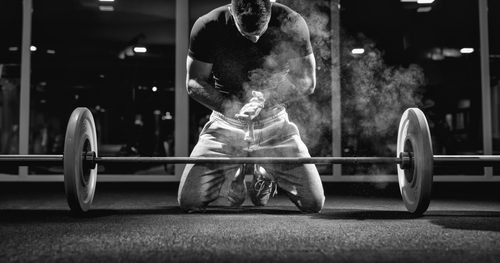 Rounding the back is the result of using the wrong form, which usually has to do with the placement of the bar. When doing deadlifts, you want to have the bar as close to your legs as possible, so you don’t have to reach out and strain yourself when picking up the weights.

Another common reason why people round their back during deadlifts is that they are using too much weight, or that they aren’t engaging the proper muscle groups. Remember to tighten up your lower back, midsection and lats when you are performing this exercise as that will help you maintain proper posture.

Using Too Much Equipment

This is important for everyone of every fitness level, however beginners should especially take note. If you are first starting off lifting weights, do everything you can to use as little help as possible. Try to avoid using weight belts, wrist wraps, special footwear and any other type of tool that can be used as a crutch in exercise.

The overuse and dependency on these types of tools are going to make you deficient in other areas, which is going to hurt your performance down the line. For example the over use of wrist straps can really diminish your ability to buildup wrist strength and grip strength, which can in turn affect the weight you can lift.

You don’t need lifting gear to do deadlifts, so avoid them at all costs except on the rare occasion where you are trying to lift your maximum. Most of gear is just unnecessary and another money sink, so use as little equipment as possible.

Can You Beat Obesity Naturally? The Most Effective Ways to Do So