Do You Suffer from Acid Reflux? Find out How to Stop it From Happening

Contents show
1 What is Acid Reflux?
2 The Causes of Acid Reflux
2.1 Being overweight or obese
2.2 A diet high in fatty foods
2.3 Some foods and habits
2.4 Hiatus hernia
2.5 Other causes
3 Treating Acid Reflux
4 Conclusion

Acid reflux, which is also called gastroesophageal reflux disease (GERD), is a medical condition characterized by stomach acids moving up into your esophagus. This can cause symptoms such as heartburn or chest pain. The condition is fairly common, with 60% of the adult population experiencing it within a given year. Luckily, there are ways you can easily treat and prevent acid reflux. Treatment usually involves avoiding foods and drinks that cause your symptoms and other lifestyle and dietary modifications. If that doesn’t help, a doctor can prescribe GORD medication, but you can also purchase over-the-counter medication for acid reflux as well. In case you want to learn more about ways to stop acid reflux from happening to you, keep reading.

What is Acid Reflux?

Acid reflux happens when the muscle at the entrance of your stomach, called the lower esophageal sphincter (LES), does not close when it should. This muscle normally opens before food enters your stomach and closes as soon as it reaches the stomach. If there’s a problem with the esophageal sphincter, then stomach acids can move upwards towards your esophagus. Occasionally, this can happen if you’ve had a large meal and that’s completely normal. But if you experience heartburn and chest pains regularly, then you most likely have GERD which is also defined as a chronic form of acid reflux. If left untreated, GERD can lead to inflammation of the esophagus called esophagitis which makes swallowing painful. Other complications from untreated GERD include esophageal ulcers and even esophageal cancer. To prevent these complications from happening, it is important to treat GERD effectively.

The Causes of Acid Reflux

Treating acid reflux begins with understanding the causes in order to eliminate them. Acid reflux is essentially caused by a weakened lower esophageal sphincter. As explained by the NHS, it is not always clear what causes this muscle to become weakened. However, there are known risk factors for acid reflux such as:

This causes increased pressure on the stomach, possibly weakening the esophageal muscle.

Because it is harder for the stomach to eliminate acids when you eat fatty foods, and this may cause some of the acid to leak into your esophagus.

The NHS lists chocolate and coffee as well as smoking as risk factors for acid reflux because they were found to relax the muscles in the esophagus.

Probably one of the most common causes of acid reflux. Hiatus hernia is a condition where the upper portion of your stomach pushes through your diaphragm.

Pregnancy, certain medications, and some medical conditions like gastroparesis can all increase your risk of developing acid reflux.

Studies also show that the way you eat your meals can also play a role in acid reflux. A study published in Przegla̜d Gastroenterologiczny examined dietary habits of 513 subjects to see if certain habits increase a person’s risk of developing acid reflux. What the study found was that other than fatty, sour, fried, spicy, and sweet food being common triggers of acid reflux, eating 1 to 2 meals per day also increased a person’s risk of acid reflux. The study also found that eating big meals at the end of the day was also a risk factor for acid reflux when compared to eating several smaller meals during the day. 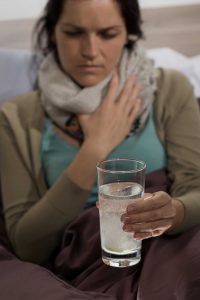 Now that you know the risk factors for acid reflux, you also know how to minimize your risk of developing this condition. The NHS provides several self-help methods to treat acid reflux some of which include eating smaller meals during the day, avoiding foods you know trigger your symptoms, wearing loose clothing, maintaining a healthy weight, quitting smoking, and relaxing as stress is also a risk factor for acid reflux. As far as medication is concerned, you can purchase OTC medication such as antacids and alginates. These medications help by either neutralizing stomach acids or by protecting the esophagus from the harmful effects of stomach acids. Doctors may recommend as a last resort for GERD surgery to tighten the esophageal muscle.

If you suffer frequent heartburn and pain in your esophagus, the chances are that you suffer from acid reflux, which is a condition caused by a weakened lower esophageal sphincter. The strong stomach acids move up towards your esophagus as a result, and you may experience burning and pain in your chest area. The condition is potentially dangerous but simple dietary, and lifestyle changes can treat the condition. Medication can help as a fast treatment option, but taking medicine, in the long run, is not advised. If all else fails, surgery may be needed to bring back some of the functioning of the lower esophageal sphincter.

Natural Foods that Helps Get a Better Erection

Warning Signs That Your Heart May Be at Risk