Effects of Alcohol On The Brain

According to a study from the JAMA Psychiatry, people in the US are drinking more alcohol than ever. Researchers found that 73% of adults regularly drank alcohol while 13% of the population engaged in high-risk drinking. People love to have a drink or two after a long day at work, but it’s not uncommon for adults or teenagers to engage in heavy drinking sessions that bring many dangers.

Effects of alcohol on the brain aren’t a secret, and they are well-documented. For many years scientists have explored the way alcohol affects our brain and cognitive functions, but there is still a lot we need to learn. The brain is a complex organ, and further research is necessary to uncover all its mechanisms and how alcohol or other factors influence their activity.

One way alcohol affects your brain and memory is by shrinking certain areas that play a huge role in cognitive skills. The BMJ published a study whose primary objective was to investigate whether even moderate consumption of alcohol has either a positive or negative impact on brain’s structure and function. 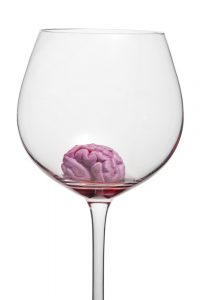 Scientists at the University of Oxford enrolled 527 men and women with mean age of 43, and none of them was alcohol dependent. Subjects were followed for 30 years (1985-2015). Results showed that higher alcohol intake over 30-year follow-up was strongly associated with enhanced odds of hippocampal atrophy in a dose-dependent manner. Interestingly, even those who drank alcohol moderately had three times the odds of right-sided hippocampal atrophy compared to those who never drank alcohol. In addition, higher alcohol intake was linked to differences in corpus callosum structure (the largest connective pathway in the brain) and a faster decline in lexical fluency.

In other words, the study has confirmed previous research on this topic which theorized that alcohol is related to brain atrophy. Even moderate consumption of alcohol can induce structural changes and shrink hippocampus. It can also reduce the ability to name as many words beginning with a specific letter as possible within one minute.

Gamma-aminobutyric acid (GABA) is defined as a neurotransmitter (chemical messenger) which sends chemical messages to the brain and nervous system. GABA takes part in regulating communication between brain cells.

This neurotransmitter has an inhibitory role, i.e. it inhibits or reduces the activity of nerve cells or neurons. GABA is an important factor in our cognition, behavior, and the way our body responds to stress.

The neurotransmitter has its own receptors which are found on nerve cells, and they receive the chemical messages. Then, they become activated and work to reduce or inhibit nerve impulses.

The inhibitory action of hyperpolarization affects neurotransmission in the central nervous system (CNS). Bearing in mind that GABA receptors have an inhibitory role, their activation slows down important functions. Studies show that activated GABA receptors lead to memory-impairing effects.

The brain is a truly complex and mysterious organ with many functions and mechanisms that are yet to be discovered. That’s why different factors, including alcohol, can affect the way brain works in many ways, and the purpose of new studies is to identify as many of those mechanisms as possible. For example, we know alcohol is bad for the brain, and while some of its effects are well-known, we’ll definitely learn more in the future. A study published in November 2017 identified a new way that alcohol affects the brain and, thus, reduces its functions including memory. 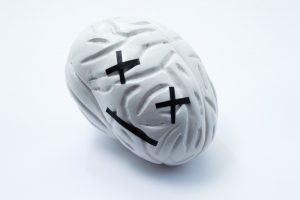 The study was carried out by Dr. Ping Wu and a team of researchers at the University of Texas Medical Branch at Galveston, and its main objective was to discover how long-term, frequent alcohol intake affected brain cells. They performed a series of experiments involving mice and discovered that alcohol alters the differentiation of neural stem cells (NSCs) and their survival.

Results, published in the journal Stem Cell Reports, also showed that the subventricular zone of the lateral ventricles is most affected by chronic exposure to alcohol. In this region, stem cells were more vulnerable to the effects of alcohol. Scientists concluded that long-term and frequent alcohol intake kills most NSCs.

How Does Alcohol Affect The Memory?