Horrifying Side Effects of Sleep Deprivation You’ll Want to Avoid

Sleep isn’t a luxury, it’s a necessity, and many medical professionals will agree with me on that statement 100%.

Sleep is extremely important, yet there are still countless nights we don’t get enough of it. Reasons for this can vary from our loud upstairs neighbors waking us up in the middle of the night to our sleeping partner snoring directly in our ear(s). The list goes on and on, but no matter what the reason is, I’m sure you’ve experienced several nights of tossing and turning.

If you’ve ever experienced those nights where you toss and turn, I’m sure you know that the next day is not so much fun. Typically, you have to face the day with drowsiness and several cups of caffeine. This, in turn, can alter your daily routine, putting your body out of whack for a little bit, sometimes even causing you to get sick.

Now, with all of that being said, I’m going to warn you about the horrifying side effects sleep deprivation can have on you, even if you only get a few hours of sleep less than you’re required to. Check them out below and try to avoid them at all costs.

This is probably the most obvious side effect. If you’re sleep deprived, you’re probably going to want to fall asleep wherever you can, even if it just so happens to be while you’re working; that’s what fatigue does to you.

In scientific terms, the brain needs sleep every night. It needs sleep every night because without sleep, it will not be able to remember memories, process emotions, practice and rehearse things of importance, and rest for the following day. If your brain is not allowed the adequate amount of time it needs to make sure everything listed above is taken care of, it will start to drift off and begin to fall asleep during the day. In addition, the brain will 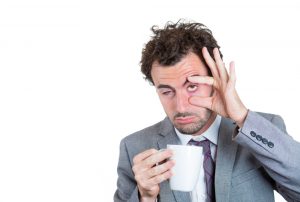 want to take a rest and fall asleep if it’s bored, such as in instances like attending a meeting, sitting through a train ride, or paying attention in a classroom.

Another way you can tell if you’re fatigued or not is if you need an excess amount of caffeine to get through the day; for instance, if you’re consuming a cup of coffee at break time, lunch time, and at some point in the afternoon, chances are you’re highly fatigued.

Think about the last time you were extremely tired; were you extremely moody, too? I bet you were. That’s probably because the first thing to go when you’re sleep deprived is your mood.

Let me break it down to you in scientific terms: If you are lacking sleep on a normal night, your levels of cortisol in the body will become elevated. Cortisol can also be referred to as the stress hormone that your body produces, and if your body produces enough of it, you’ll start to get extremely moody. Therefore, if you get enough sleep each night, your cortisol levels will be lower and you’ll be happier.

Have you ever realized that the snacks in the break room always look more appetizing when you’re tired? Well, if you haven’t, try paying closer attention next time.

There’s a hormonal reason for why you want to eat more when you’re tired. Lack of sleep leads to reduced amounts of leptin in the body. Leptin is the hormone that the body produces to let you know when you’re full, which means that reduced levels of leptin confuse your brain, making you feel hungry. In addition, your brain and body typically want high caloric foods when it’s sleep deprived, therefore making you put on the pounds.

In cases of extreme sleep deprivation, the human psyche almost immediately shuts down, in turn leading people to imagine things that aren’t there. According to past instances, people have gone as far as to see inanimate objects move. Shadows appearing and disappearing is also a common hallucination.

What’s worse about the hallucination side effect is that the person who is sleep deprived generally will experience such instances closer to the times he/she goes to sleep or wakes up.

Other neurological imbalances that are likely to happen are blurred vision, drooping eyelids, and memory lapses.

Sleep deprivation is known to affect a lot of hormones in the body, as I’ve previously stated. In addition to affecting cortisol and leptin levels, lack of sleep can also affect testosterone levels. Unfortunately, this can also alter your sex drive, decreasing it drastically.

Other studies have been conducted to see what other areas of the sex drive/sex organs could potentially be altered, and the results were shocking; according to another study, sleep deprivation can cause low sperm counts and lack of sperm motility. Basically, not sleeping enough can greatly impact your ability to be fertile. 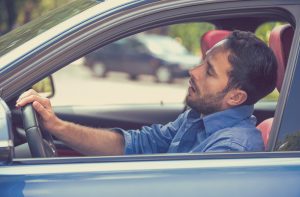 In regards to slow reaction time, though, evidence has lead experts to find that a lot of car crashes have occurred over the years due to the driver being extremely tired. In some areas of the world, it’s one of the leading causes of car crashes.

All in all, what I want you to take away from this article is that you should always get the proper amount of sleep on any given night. It’s best for you, and it’s best for others if you heed my warning.

The Most Exciting Honeymoon Destinations You Can Visit With Your Partner