Beverages are liquids (excluding water) artificially prepared and of an agreeable flavor. This may include tea, coffee, liquor, beer, milk, juice or soft drinks, etc.

When we are tired or stressed, we often feel the thirst for a cold sugary beverage which provides so many calories and virtually no other nutrient. You would have noticed that no matter the intake of beverages, it still wouldn’t feel the same as taking solid food.

When it comes to your health, it is clear that beverages should be avoided, especially, those that have high sugar content. Each beverage consists of at least 4.2 grams of sugar in a single teaspoon. Now imagine scooping up 7 to 10 spoons of sugar and dumping it into your 12-ounce glass of water. You’d be doing your body harm than good if you gulp this down

Beverages are classified based on alcoholic content, chemical composition, method of preparation, etc. Some classes of beverages include; 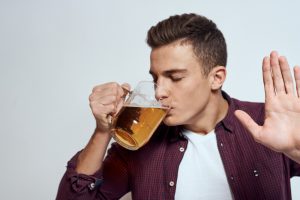 Alcoholic beverages contain organic compounds called ethanol which is produced by fermentation of grain, fruits, and other sources of sugar. The consumption of alcohol plays an important social role in many cultures. Most countries have laws regulating the production and consumption of alcoholic beverages. Alcohol is one of the most widely used recreational drugs in the world with about 33% of the people being current drinkers.

Alcoholic beverages have both positive and negative effects. Some of its positive effect include;

Also, beverages like Guinness beer are packed with Vitamins B riboflavin and thiamin plus a high level of magnesium and calcium which helps oxygen circulate around the body better.

A study in the Journal of Endocrinology suggests that the chemicals in beer may act as a phytoestrogen which can help diminish hot flashes and lessen other menopause symptoms.

On the flip side, the negative effects include the following

Nonalcoholic beverages also are known as soft drinks or temperance drinks contain little or no alcohol in them, some examples include smoothies, tea, mulled apple juice, pomegranate mojito cocktail, and homemade lemonade, syrups, mineral water, sodas, and juices. These beverages hydrate and produce important nutrients for the body. Some benefits of consuming alcoholic beverages include the following;

Some nonalcoholic beverages contain vitamin B12 and folic acid which are mostly found in animal-based food like beef, dairy. Increased folic acid intake enhances the reproductive system of women.

On the flip side, the negative effects include the following; 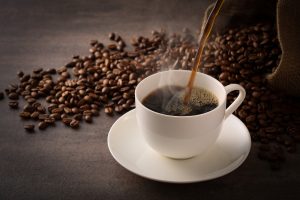 Some benefit of hot beverages includes;

However, it should be made crystal clear that drinking hot beverages does not necessarily cure diseases but the risk of intake is minimal compared to other types of beverages.

DIABETES: What & How, Symptoms, Causes and Effect on Health