How do I remove excess skin due to weight loss?

Weight loss is usually a goal of a majority of people, particularly those with obesity. Due to the increasing prevalence of obesity, especially in the developed world, weight loss reduces further health risk factors such as diabetes, heart diseases, and cancer.

Though weight loss makes people healthier, massive weight loss or shedding at least 100 pounds of body weight, whether done through diet, exercise, surgery, or a combination of these approaches, may excess, overstretched saggy skin. Excess skin usually hangs loosely from an already trimmed-down body, causing uneasiness and discomfort physically. Besides that, excess skin may have negative psychosocial impacts that can impact self-esteem, self-perception of body image, and overall quality of life.

There are various factors why excess skin occurs after massive weight loss, skin elasticity being the most common variable. Skin elasticity decreases as you age. Excess fat for a long time may have stretched out the skin, but the skin might not have enough elasticity to contract it in proportion to the trimmed-down body.

Skin elasticity can be affected not only by aging but also by genetics, sun exposure, and smoking which degrades proteins found in the skin such as collagen and elastin.

The problems of having excess skin

A research study shows that 92.8% of tested patients who had gone through bariatric surgery reported problems with excess or redundant skin, particularly on the upper arms, abdomen, and buttocks. Half of these patients further indicated that redundant skin compromised day-to-day physical activity.

Another investigation that ran surveys on patients who had massive weight loss through gastric bypass have self-reported post-treatment physical complications such as back and neck problems, skin fold infections, and bad odor. Respondents also reported skin abrasions due to chafing against clothing, and difficulty in finding clothes that fit, as well as pains and aches linked to either work, exercise, or intimacy.

More than the physical discomfort and functional inhibitions that come with having redundant skin, patients also experience psychosocial stresses.

In a research study that evaluated the impacts of excess skin among women who have been through bariatric surgery, approximately 77% of the test subjects reported physical limitations to movement due to redundant skin. But more importantly, 45.2% reported evading physical activity due to flapping of the excess hanging skin that caused unwanted stares from other people. These women test subjects who wanted to avoid physical activity had considerably decreased self-perception of their physical appearance and decreased physical fitness. Because of their negative self-image, women subjects further experienced more embarrassment when exercising.

Due to the adverse effects of redundant skin on people who lost a considerable amount of weight, many consider undergoing plastic surgery such as body contouring surgery to remove excess skin. In the previously cited investigation on self-reported complaints on excess skin, almost 90% of survey respondents expressed their wish for excess skin removal plastic surgery. Another study shows that due to the severe physical, psychological, and aesthetic damages brought about excess skin after gastric bypass, a type of weight loss surgery, almost 90% of patients have expressed a desire to undergo plastic surgery after their weight loss surgery.

Things to consider before going under the knife 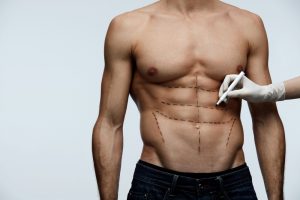 Before actually pushing through with any plastic or cosmetic surgery to remove redundant skin, patients and surgeons must thoroughly discuss the surgical procedures and risk of having complications to better manage the patients’ expectations from the surgery. The patient must understand that their skin will sustain permanent damage, and visible scars will replace the removed excess skin. Tightened skin may still stretch as time goes by and lead to the production of new excess skin. Patients must be aware that cosmetic surgery will not produce the perfect body shape, and it may even produce body deformities and skin irregularities.

Complications during the surgical operation may occur, such as infection, bleeding, and seroma or build-up of fluids. Post-surgery complications such as wound separation and fat or skin necrosis, or the damage and death of cells in the particular body part or organ may also occur. Moreover, these complications are also more common to patients who have already gone through weight loss surgery.

The American Society of Plastic Surgeons provided clinical practice guidelines in assessing good candidates for body contouring surgery. In general, patients must be healthy overall with no pre-existing medical conditions that can impair healing or further increase the risk of surgery. Body contouring surgery candidates should also be non-smokers. It will also help if patients have a positive outlook in life, committed to leading a healthy lifestyle with a proper, balanced diet, regular physical activity, and without vices such as smoking. 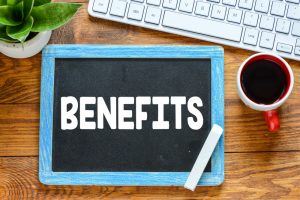 One objective of cosmetic surgery, such as body contouring surgery, is to improve physical functioning. Excess skin and the physical and functional complications that come with it, such as skin irritation, can inhibit daily physical activities. One study demonstrated that post-bariatric surgery patients who undertook body-contouring surgery reported considerable improvement in physical functioning compared to post-bariatric surgery patients who did not go through body contouring. Another more detailed research analysis indicated that patients who have undergone abdominal contouring experienced significant improvements in various physical conditions such as skin irritation and abdominal and neck pain, as well as improvement in functional activities such as personal hygiene and finding clothes that fit.

Post-bariatric surgery patients who went through body contouring surgery had higher satisfaction and a more positive view of the physical appearance of various body parts. They also perceived their weight to be lesser versus other post-bariatric surgery patients who did not go through body contouring surgery.

In general, studies demonstrate an increased level of satisfaction in post-surgery results, with improved self-perception in terms of physical appearance and overall better quality of life.

The Lowdown on Carbohydrates and Weight Loss: What...

5 Habits That Are Blocking Your Weight Loss

Lose Weight Quick with These Tips: Part I