If you want to be more attractive to Women, Check Out These Tips

Contents show
1 Travel with a group.
2 Befriend a baby.
3 Go for a walk with your dog.
4 Put your razor away for a little bit.
5 Perfect your gait.
6 Craft your online dating profile…wisely.
7 Grin more often.
8 Build muscle, but not too much muscle.
9 Let your scars be seen.
10 Learn how to play guitar.
11 Lastly, try some manspreading.

Before I get into the details of this article, you know, the tips that you should check out, I want you to understand one thing: All men are not fated to be born with natural good looks.

Also, all men are not fated to have a natural sense of charm and wit to impress women.

That’s okay, though. That does not mean you’re going to end up alone. Trust me.

The truth is that men and women want to be attracted to one another. Both of the sexes do consider good looks to be a part of the package; that doesn’t mean that that’s all people look for in a partner, though. In fact, that’s only a small percentage of what people look for in a partner (unless you’re materialistic, and if that’s the case, you might not want to read the rest of my article).

Here’s another truth: Women are attracted to men for reasons other than their immediate looks. Let me explain. Women look at everything a man has to offer in order to distinguish if they’re attracted to you. For example, they look at the shape of your jawline, they check out what style you have and what clothes you’re wearing, and they indulge in the scents you put on you in regards to cologne and body spray. The list is really limitless.

Okay, I’ll stop jibber jabbering now. See for yourself the different ways you can attract a woman below.

Travel with a group.

Why does this work so well?

It works so well because if there are any unattractive features, the balance of all the features within the group will quite literally omit those unattractive features. However, don’t post a bunch of group pictures on your online dating profiles, this will not pose well for you.

You may laugh at this suggestion, but trust me, it works. Actually, having a baby by your side works better than having a group of friends by your side.

In other words, if you have a niece or nephew that you adore, volunteer yourself to babysit every once in a while.

P.S. Those scenes that take place in the movies with women going up to men while they’re babysitting do come true, try it for yourself. 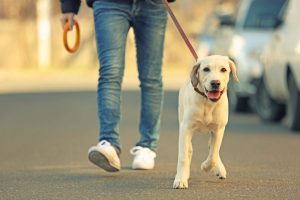 Go for a walk with your dog.

Guys, women love dogs. I can say that because I’m one of those dog fanatics, too. They just make me so happy, which means I’m actually likely to go up to you before you go up to me just to pet the damn animal.

Plus, dogs are so welcoming, making you seem kinder. It’s really a win-win situation for you, buddy.

Put your razor away for a little bit.

Women love stubble. When I say stubble, I mean about ten days worth of unshaven hair.

Guys, let me put it to you this way. Women actually stated in a study that they love stubble, significantly more than they love light shadow, full beards, and clean-shaven faces.

Try it out and see the responses you get.

What do you think the most important thing is when trying to attract a partner? If you’re thinking confidence, you’re 100% correct. And, if you have confidence when you’re walking, women automatically think you’re sexy.

So, what are you supposed to do about your gait? Make sure you aren’t slouching. Make sure you don’t have your pants halfway down your legs. Make sure you stand tall and walk in a relaxed manner. Don’t walk fast as if you’re in a rush to get somewhere; walk at a leisurely pace, but walk as if you know where you’re going and what you’re doing.

Also, men who asked women about dinner or drinks on their first, or one of their first, opening lines on online dating usually did not get responses… at all. Be careful with that sort of thing.

This seems like an odd tip, but it’s a true one. Allow me to explain.

It’s been proven in studies that men who allow their smiles to spread slowly over their face are more attractive. Quick grins are attractive, just not as attractive.

In addition, men that smiled more slowly were seen as being more trustworthy considering the fact that their expressions seemed more genuine.

Build muscle, but not too much muscle.

Let your scars be seen.

Scars are sexy to women. If they’re on a man’s face, they’re attractive, too.

Studies have actually proven that women look at scars as a sign of heightened masculinity. 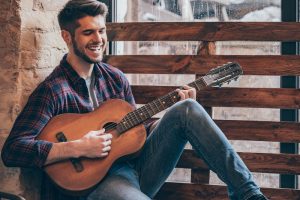 Learn how to play guitar.

Believe it or not, studies show that women are more likely to give their phone number out to men carrying a guitar case as opposed to men carrying a sports bag. Plus, musical talent signifies good genes, true talent, and great intelligence.

P.S. Men who know how to play the guitar are generally considered to be a lot of fun.

Open body language is said to be a sign of dominance. Spread those legs, use those hands for gesturing, and you’ll look extremely sexy to the ladies.

The Most Nutritious Way To Boost Your Sperm Count