Barley is among the most common grains used in America, plus its chewy and nutty flavor makes it a must use in many dishes.

It is very rich in many nutrients and is known for its numerous health benefits. Barley helps to aid digestion and is an excellent addition to your weight loss plan. Also, it helps reduce cholesterol levels and maintain a healthy heart.

Barley helps to reduce hunger feeling and leaves you feeling full for a longer period, and this can be helpful in your weight loss journey.

Barley helps to curb hunger pangs because it is high in fiber – beta-glucans, which is a soluble fiber. Soluble fibers form gel-like substances in your gut, and this reduces the pace at which your body digests and absorbs nutrients. This would, in turn, reduce your appetite, while still leaving you with the fullness feeling.

A certain review showed that soluble fibers are very effective in reducing appetite, making you cut down on your food intake. Soluble fat can also reduce belly fat which is linked to metabolic disease.

Because barley is rich in fiber, it can help reduce your risk of developing gallstones. Gallstones are those solid particles that form in the gallbladder. The gallbladder is responsible for the production of bile acid in the body, which your body needs to digest fat.

In most cases, gallstones don’t come with any symptoms, but with time, larger gallstones get stuck in the gallbladder, and this can result in intense pain. And in cases like this, surgery would have to be carried out to remove the gallbladder itself.

But, the consumption of barley can help prevent the formation of these gallstones, because of the soluble fiber found in it. 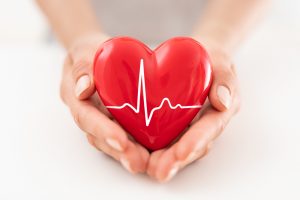 Barley can also help lower cholesterol levels in the body. That’s because it contains beta-glucans which has proven to reduce the bad cholesterol by linking it to bile acids. This would cause your liver to use up additional cholesterol for the production of new bile acids, and in turn, reduce your body’s cholesterol level.

Can Help Lower The Risk Of Heart Disease

Whole grains have always been associated with improved heart health. Therefore, it isn’t surprising that adding barley to your diet can significantly reduce your risk of developing heart disease.

A recent review showed that including soluble to your diet resulted in a reduction of blood pressure.

It’s important to note that high bad cholesterol and blood pressure levels are the major factors that cause heart disease, so reducing them would strengthen the health of your heart. 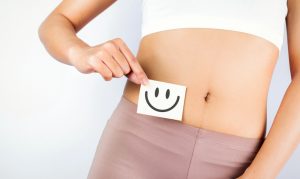 Diets that are rich in whole grains are known to reduce the risk of certain types of cancer, most especially colon cancer. And barley’s high fiber content plays a significant function in this.

The insoluble fiber in barley helps cut down the time your food needs to clear in the gut, and this is a key protection against colon cancer. Plus, barley’s soluble fiber binds to the harmful carcinogens in the guts and eliminates it from your body.

Other compounds in barley can serve as protection against cancer or slow down its formation, such as phytic acids, saponins, and antioxidants.

Rich In Many Nutrients

Barley contains many vitamins, minerals, and potent plant compounds that are very good for your health. It comes in different forms such as flakes, flour, and barley grits, and all of these forms make use of the whole grains minus pearl barley. Pearl barley has been processed to get rid of the entire outer bran layer and the hull.

If you consume barley as a whole grain, you are sure to get all the nutrients including manganese, molybdenum, copper, vitamin B1, magnesium, and phosphorus.

Furthermore, barley contains a group of antioxidants called lignans which can reduce your risk of developing cancer and other heart conditions.

However, barley contains antinutrients which can interfere with your body’s absorption and digestion of nutrients. So it’s best to soak the grain to decrease the antinutrient properties.

How to Know If You Have a Sexual Problem

Best Foods and Drinks to Have Before Bed

9 Supplements Every Man Should Probably Be Taking

Are You Wondering What Drinks You Can &...

The Benefits of Vegetarianism

High Fiber Foods You Should Eat