Contents show
1 At a Glance
1.1 Defining Thermogenics
1.2 Let’s now discuss IncinerX’s two forms.
1.3 How Efficient Are IncinerX’s Components?
1.4 Will there be Adverse Reactions?
1.5 About the Company
1.6 IncinerX Cost and Money-Back Guarantee
1.7 Is IncinerX a True Weight Loss Solution?

IncinerX is a weight loss supplement that touts to work through the process of thermogenesis to burn fat, increase metabolism, repress cravings, and help boost lean muscle as well. The result is a more slender physique you’ve always dreamed of having, at this is that IncinerX’s company claims to bring. Its manufacturer, Prime 8 Nutrition, purports to utilize cutting-edge research to help formulate the supplement. Thus, it is touted to be clinically proven in being capable of helping people with weight problems shed pounds for good.

To obtain this, the supplement says it uses natural components of premier quality that are produced in the United States in an FDA-sanctioned laboratory. Its company also promises that the ingredients are 100 percent high quality with no fillers or any artificial components that can pose health risks. Given this, Prime 8 Nutrition calls their creation the world’s most efficient fat burner that is trusted by many pro-athletes and bodybuilders.

Of course, you have a lot of questions about this supplement. In that case, we’ll tackle every important point in this review to address your questions. But before we do, let’s start from the basic about thermogenics really are. 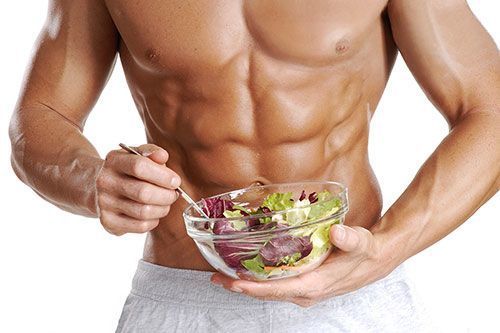 When we say a thermogenic, basically that means a kind of a supplement that boosts heat through metabolic stimulation. When this occurs, the consumption of energy is augmented, helping users with shedding of fat. But do such products actually function like they’re supposed to?

Technically, yes, thermogenic products can aid with the process of shedding pounds. However, the outcome is not as advanced and significant as supplement companies make them appear. Simply put, though thermogenic products may be helpful in delivering an additional edge, the truth is that 99 percent of your weight loss is brought by a healthy diet and a regular workout routine.

Based on the info on the official site of the product, IncinerX is available in two kinds: IncinerX-1 is intended for women while IncinerX-2 is for men. With this classification, is there any relevant distinction between the two?

We can’t know if there’s a significant difference between these two formulations or not. This is because when we tried to open the Ingredient’s section, it only writes one set of components. For this reason, we’re assuming that these two are just one supplement that’s just promoted to varying demographics.

How Efficient Are IncinerX’s Components?

Below are the components contained in IncinerX’s formulation: 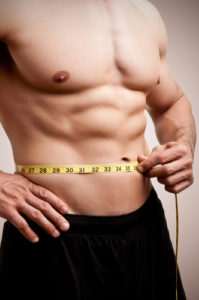 In general, only a number of these components have the potential to generate weight loss effects as touted by IncinerX’s company. However, these benefits won’t probably be as substantial as we’re led to believe.

For instance, some of the stimulants present here, such as caffeine, theobromine, and bitter orange, among others, could aid in the decreasing of appetite and momentarily boosting mental focus. Likewise, L-Tyrosine could also be potentially effectual for augmenting alertness after being sleep deprived. It could also be helpful for the purpose of boosting cognitive functions and recall.

Lastly, Sophora Japonica and willow bark contain some anti-inflammatory qualities that could be useful in lessening sore and inflamed muscles after working out, though these effects are only minimal.

Beyond this, there’s inadequate scientific proof demonstrating that any of the components in IncinerX’s formula will generate any of the weight loss effects and other health gains purported by its manufacturer.

Will there be Adverse Reactions?

Generally, several of the components contained in IncinerX are believed to be harmless. The most typical adverse reaction reported is stomach discomfort.

But considering there are numerous stimulants in IncinerX, this could also result to side effects such as feeling jitters, headaches, sleeping problems, and appetite loss, among others. People who are sensitive to stimulants are the ones most likely to experience these side effects.
Nonetheless, bitter orange has been linked to serious adverse reactions like augmenting the risk for high blood pressure, falling unconscious, heart attack, and stroke.

Also, yohimbine can also lead to a quickened heart beat, kidney failure, seizure, and heart attack. Consumption of around 100mg of yohimbine can even lead to a fatality.

In any case, each of the components in IncinerX is part of an exclusive blend. Due to this, we can’t know that precise dose each ingredient has in every serving of the supplement. Thus, we also can’t know what possible adverse reactions to expect since we’re not aware of the doses, whether they’re low, just enough, or too high.

Now, it’s time to get to know the company behind IncinerX.

Prime 8 Nutrition, IncinerX’s manufacturer is mainly headquartered in Simi Valley, California. However, they’re not registered with the Better Business Bureau as of this writing. We tried to find the company on the web, but we weren’t able to get more information.

We looked up those professional athletes mentioned on IncinerX’s site, but most didn’t exist online. Those names that we found didn’t mention anything about using IncinerX or citing Prime 8 Nutrition as their sponsor. It only hints that the manufacturer of the product chooses to get hidden, which is unfortunate, since customers would feel much more secured when the manufacturer of a supplement they’re using is transparent.

Nonetheless, can IncinerX live up to its promise and prove itself to be a worthy investment?

IncinerX is only offered through a 14-day trial, if you want to try it. You can have a one-month supply of the supplement, which contains 60 capsules by paying $4.99 to cover for the shipping.

After the 14-day trial expires, you will be charged for the full amount of the product, which is $89.89. Subsequently, you will also be listed in their autoship program, which will make you get a fresh supply of IncinerX each month or every 30 days with your credit card getting charged automatically for the same amount of $89.89.

If you want a refund or want to discontinue your trial or recurring orders, you’ll have to call consumer support at 844-770-1846.

Some of the ingredients contained in IncinerX do have potential to help users shed pounds, but the benefits are not as substantial as the company makes it appear. Plus, there aren’t shortcuts when it comes to weight loss. Supplements can’t just miraculously help you lose weight all by itself. Proper nutrition and regular workouts are still the most efficient ways to lose weight. So, no supplements are able to help you if you can’t bring yourself to make the necessarily lifestyle changes for better physique and health.

A Review of the Product 1-Androsterone RD