Is She Not Interested or Just Playing Hard to Get?

Fifty years ago, the dating game was largely different than it is now. Society expected women to play hard to get and expected men to put all in the efforts to win her affection. But things have changed since then. The cat-and-mouse game has come to a halt. Some men are tired of the pursuit while some women no longer want to be pursued.

A recent study published in the journal Evolutionary Behavioral Sciences proved how women stop playing hard to get. Yet still, there are some grey areas where both men and women have to take time and take a closer look at what the other person really meant. In the study, women tend to get interested in sex than they actually were while men acted a little less interested in sex than they actually were. This means you need to be wary and be more aware of receiving cues and signals from her.

But then the study also shows that both men and women show consistency in their level of attraction and the level of signaled interest. Meeting someone you’re attracted to but who doesn’t seem to send the same signals may indicate she’s probably not interested or attracted to you.

The importance of playing hard to get

However, playing hard to get has also its own merit. In these times when there’s a cultural shift in sexual dynamics, both men and women can play hard to get when they want to but for a good reason. It’s a tactic both sexes can employ to build attraction and follow the scarcity principle. The person who plays hard to get may appear rare and valuable. The harder the challenges to obtain this person, the more valuable they can get.

Playing hard to get is different for men and women

If you want to be this person, you should think again. It’s not as easy as it seems because it can backfire when used at the wrong time or with the wrong person. When done too often or too early, people may perceive you as aloof and anti-social, which can ultimately make you less attractive. Another thing is, playing hard to get can work differently for men and women. Men are simply attracted to friendly and responsive women at a first glance while women prefer aloof and reserve men during the first encounter. This is based on research where men showed attraction to women who displayed femininity through nice and kind responses and women who found aloof, disinterested, and unresponsive men to be more appealing. 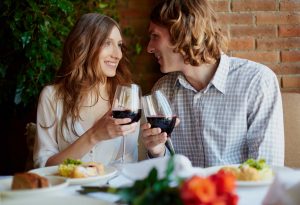 As a man, you might be naturally attracted to a woman who is open, warm, responsive, and shows interest in you. This is because you want to know where you stand with her in your first meeting. But this doesn’t downplay the possibilities that she can play hard to get later. She may give you a hard time later on and require you to chase her a bit. But all this may no longer be as hard because you’ve already found her to be sexually attractive. Her initial responsiveness should be enough sign for you to know that she’s also into you, which adds up to the possibility that she can be a worthy long-term relationship or romantic partner.

When will you play hard to get

Women, on the other hand, perceive the opposite sex differently in the first meeting. They’re more skeptical when strangers initially appear nice and responsive. Rather than be attracted to them, they become more cautious and suspicious. They may think this might be a false front of someone who has ulterior motives, like the manipulative narcissist seeking to obtain sexual favors.

You can play hard to get at first by being a bit aloof and stand-offish. Just make sure to get a woman comfortable in your presence by interacting to friends, breaking the ice casually, and just simply displaying your confidence and relaxed manners.

When women play hard to get

Nowadays, women are more empowered about their sexuality. They can either show interest when they actually do or don’t when they actually don’t. Yet still, there are those who play hard to get. This can be a tactic but one where they’re able to ensure they get the right guy for the right relationship. Most often, women who are hard to obtain seek for a lasting romantic relationship. They know the right relationship requires an investment of emotions and time; therefore, they want to get the best of their efforts. Pursuing her means your intentions go beyond one-night stands, that you’re the man worthy enough to invest their time, emotions, and effort.

But before you assume she’s plainly playing hard to get, there are things you need to consider. Her intentions might not be to play hard to get but she might only be put in a situation where connecting to her isn’t easy. She might just be too busy. Women nowadays work as hard as men. They can be career oriented or have too many things to do. Inviting her for coffee might take a longer time to be accepted.

Another thing to consider is when she seems to delight in your misery. Let’s face it, being pursued by someone could be an ego booster whether you’re a man or woman. There’s no wrong in hoping you’ll win her affection in the end, but be sure it could potentially happen. She could be a player who finds joy in seeing your misery and don’t really care. One way to know this is when she’s extra sweet for one day but nowhere to be found on the next. Your time is important and shouldn’t be wasted on someone who’s just playing with your time and emotions.

What to do when she’s playing hard to get

If your girl shows interest but puts you to the test, you might as well show her what you got. The following tips can help you pursue the woman whom you can’t resist. 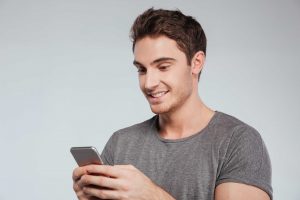 Winning someone’s affection goes beyond simple texts or messages. Calling her every day to ask how her day went through could mean a lot for her. It can create a connection that she might find interesting. Showing interest in what’s going on in her life and listening to everything she has to say can make her feel important and valuable to you. The longer you do this, the more she’ll find your sincerity.

Women who play hard to get can either be too demure or too bitchy. This is a facade you need to crack. Show her that you can be flexible and are able to see the real her beyond this mask. She will surely show her vulnerable side once she senses you’re able to withstand pressures.

All the attention you give her increases her confidence that you’re there for her despite how she treats you. She’s testing you, sure. But you can also play her game and gauge how interested she is with you. Skip messaging or texting her sometimes. Be gone from her life for a while. When she feels she’s likely to lose you, she’ll be paranoid and would go out of her way to look for you. This is a sure sign that she’s secretly interested with you.

If you’ve done everything you could but couldn’t clearly see where it’s heading, it might be time to confront her and seek clarity. But do it in perfect timing so as not to spoil the mood. This might surprise her but this is also the best way to show how serious and sincere you are with your intentions.