Mojo Risen Review – Why There’s Better Out There

Mojo Risen has been known as an alternative to Viagra. It’s a supposedly effective male enhancement supplement created for use just before sexual activity. About 30 minutes before sexual activity you are supposed to take this pill in order to find an increase in your libido and overall erection quality.

I have to say though, while reading the website I found that some of their facts seemed misleading and also that there was quite a bit of poor English written throughout. That always concerns me just a little bit because I really don’t want to be scammed into buying a fake product. On their website they say that they use ancient Chinese herbalist methods—which is when you use the entire herb instead of simply using isolated extracts. So they claim to use pure, quality ingredients with a natural approach in mind. 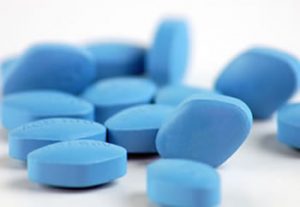 Their ingredient list includes Polyrhachis Vicina Roger, an edible black ant species used in Chinese medicine. Not sure how I feel about that one, but hey, had to let you know. Next up we have Deer Antler Velvet, often found in male enhancements to increase testosterone. You’ll also find Rhizoma Polygona and then Cordyceps Sinesis for increasing testosterone, and finally Angelica for immune system support. Oh, also cayenne pepper is used which helps get the blood flowing. I do like a good cayenne pepper in my supplement, but not so sure about the black ants.

Anyway, instructions say to take one capsule on an empty stomach every half hour up to an hour before sex. They also advise not to take more than two capsules per 24 hours and claim that results will last up to two days. Pretty amazing if that’s true, but none of these ingredients are known for improving sexual function, so I researched a bit more and discovered that the FDA had released a warning about Mojo Rise. They said Mojo Rise actually contains a chemical called noracetildenafil that is akin to sildenafil—the active ingredient in Viagra. Also, important to note here … Mojo Risen was recalled in 2014 after one more pharmaceutical ingredient popped up in their ingredients. Yikes. 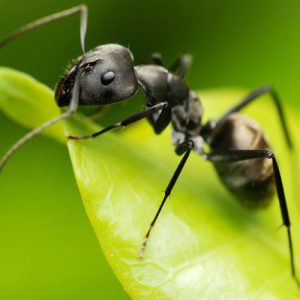 This type of misleading information can be dangerous. These ingredients are known to cause harmful side effects, which is why they are often only given by a doctor via a prescription. Thankfully I was unable to find anything about someone being harmed by Mojo Risen, but it’s clear why it’s been known to work so well. It’s pretty much another form of Viagra.

All that said, I have tried Mojo Risen myself and being that it’s a form of Viagra, well, I did get a good erection, but that came with a terrible bout of side effects that I could’ve done without. Including a major migraine and overall sick feeling. I also have a horrible mistrust for a company that’s been caught lying about ingredients, so I can only wonder what else is hidden inside the pill that I don’t’ know about.

So, as you can imagine, I’m not going to recommend Mojo Risen to you as I don’t think it is worth it to use a product when you aren’t sure what’s inside. It just isn’t safe, whether it works or not. And the side effects aren’t worth it when there are plenty of other products on the market that don’t have this problem.

Extenze Plus Review – My Personal Story

Progene Review – Does it Work?