A Product Review of Adderum: Is it Safe & Effective?

Contents show
1 Getting to Know Adderum
1.1 Defining Nootropics
1.2 Efficiency of the Components in Adderum
1.3 What are the Adverse Reactions?
1.4 Adderum Pricing Options
1.4.1 You can opt from these three choices:
1.5 Final Thoughts on Adderum 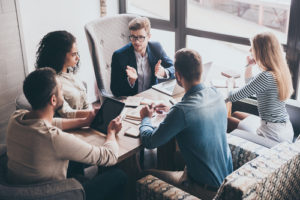 This particular product is a formulation that claims to be composed of natural components. It results to the creation of a powerful brain booster that unleashes your brain’s hidden capacities for greatness.

With Adderum, it is purported by its creator that you’ll have heightened energy, focus sustenance, and overall brain improvement without unpleasant adverse reactions. For this reason, the supplement touts to the most cutting0edhe and efficient cerebral development formulation all across the globe.

Apparently, this is a massive assertion to make. Is there anything scientific that can support this? We’ll help you understand everything there is to know about Adderum, so let’s begin from the basic facts.

Nootropics are also known as smart drugs, brain boosters and cognitive enhancers. Essentially such supplements are made to develop one or more facets of mental capacity. Particularly, the results can manifest in improved memory, drive or attention.

First, nootropic supplements are frequently promoted as the answer to allow you to maximize your brain’s potential, so that you’ll have an edge and rise in the competition. Second, these kinds of products are marketed as some sort of prevention from mental deterioration caused by aging. The mental deterioration due to age is called mild cognitive impairment or MCI.

However, nearly all components contained in cognitive enhancers don’t have enough clinical proof demonstrating efficacy. Is Adderum one of those products with no scientific substantiation as to the ingredients involved? Let’s find out.

Efficiency of the Components in Adderum

As of this writing we didn’t see a complete product label on the site, though we are informed that the supplement has tyrosine, GABA, bacopa monnieri, alpha-gpc, vinpocetine, and huperzine A. Are these components scientifically proven to deliver amazing results that can be beneficial for the brain?

The truth is some of the components in this brain booster could function, but possibly not as significant and remarkable as the manufacturer makes it appear to be.

Actually, the results are varied, but it seems that tyrosine could aid in the enhancement of cognitive functions and recall. It may also heighten alertness even after being sleep deprived. Likewise, bacopa has the potential to heighten recall among elderly who have healthy brains.

Moreover, vinpocetine could have a slight impact on patients that suffer from ailments that hinder the thinking process, like Alzheimer’s, while huperzine A could boost recall and give some gains that could be beneficial among those with dementia.

Also, the supplement purports to have a blend of components that can deal with your current memory and avoid suffering from mental deterioration in the future.

On the other hand, the clinical proof that shows GABA or alpha-gpc to be helpful with anything brain-related is weak and lacking.

Whether or not the components here underwent clinical studies and tests, the absence of product label means we cannot know of the precise quantities of each of the component in the formula. Thus, we’re not certain if these components are even in sufficient amounts to make any remarkable difference for the brain.

Its company also says that the supplement is safe and no adverse reactions should be expected.  Can we trust this assertion?

What are the Adverse Reactions?

Generally, the components in Adderum should be safe and should be tolerated by most consumers. The only reported adverse effect is mild stomach discomfort.

To reiterate, we’re not aware of the exact quantity of Adderum’s components. Hence, it is also hard to weigh what adverse reactions we should expect. For example, the suggested dose for tyrosine is 150mg and 15-30mg for vinpocetine a day. The absence of the product label makes us unaware if Adderum followed the right dosage.

You can opt from these three choices:

In order to request a refund, you’ll need to call Adderum’s customer service department at 844-877-3117.

Of course, yes. There are many other choices for a brain booster out there.

We have evaluated several of the well-known brain boosters. The popular brands are Storm Elite and Neuroflexyn, to name a few. These products also resemble their formulations with that of Adderum.

As to the customer reception of brain boosters in general, here we got an average score of 2.5 stars. Some users have said to encounter great effects, but the most usual criticisms were about ineffectiveness, steep cost and inefficient customer support. As for the issues with customer support, these were mostly about the challenge in getting refunds and/or discontinuing autoship programs.

Of course, this does not translate to you encountering the same, but we think it’s worth mentioning since Adderum resembles to several nootropics out there. 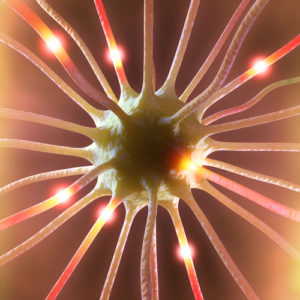 For one, its name is meant to draw a similarity to Adderall, a medication for ADHD. Adderall is a schedule II amphetamine that boosts levels of the neurotransmitters norephinephrine and dopamine in the brain. But even as Adderall could boost focus, it will not essentially heighten brain performance or increase memory.

Meanwhile, Adderum is a formulation consisting of natural components that are not recognized. It can also be purchased with the need for a prescription. Even though some of the components here could have a minor impact on recall and may be helpful to avoid mental deterioration, the scientific proof that verifies this is inadequate.

All things considered, the components in Adderum could work, but not as remarkably significant as its company presents it to be.

We instead recommend that you consult with your physician in the case that you’re experiencing any issues with your memory. This way, a more efficient set of treatment can be performed.

A Review of Cogni Lift: Is it Safe & Effective?