2018 will be almost over in just a few days but Netflix still has some additional new television shows and movies in store for its loyal subscribers.

You may want to spend your holiday vacations by just binge-watching and enjoying the days and nights together with someone you love. Maybe you just want to be updated on the latest television shows you hear from daily conversations outside your home and you worry that you even want to contribute to such Netflix topics.

Worry no more. Here are just some of these TV shows and films worth watching. 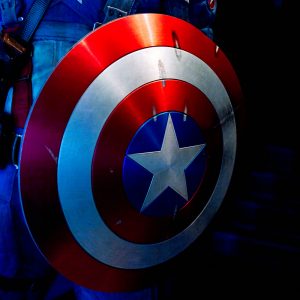 If you missed watching the last installment of the Marvel Cinematic Universe franchise at the big screen or you just opted to just not watch it because of the major hype that comes along with it wherein fans and ordinary moviegoers left the cinemas with a mixture of cliffhanger reactions after watching the movie, you can still be able to watch this movie. In fact, you can enjoy it together with your loved ones, partners, best friends, and anyone else you love after Christmas Eve since it will be shown on the twenty-fifth of December. The “Avengers 3: Infinity War“ is a movie that must be watched in case you will be caught in the middle of the Marvel Cinematic Universe hype again this coming 2019 with upcoming movies including “Avengers 4” and “Captain Marvel“.

The “Bird Box“ which is another Netflix original movie starring Sandra Bullock will have a premiere on 21 December 2018. Based on the trailer, people became mad when they saw mysterious creatures forcing the protagonist and her children to seek a safer place with a blindfold or else they will become crazy too. This reminded me of the 2008 “Blindness” movie wherein a temporary blindness caught everyone except the female lead who opted to pretend being blind and guide her husband since she was immune to the temporary blindness disease. They are almost similar since both protagonists must not see while moving and doing necessary things.

Dark comedy lovers will be enticed to watch “The Lobster“ which had its air date already shown last 2 December 2018. It stars Rachel Weisz and Colin Farrell and portrays a nonsensical look at love and dating with some otherworldly elemental touch on it.

Another movie with a dark theme is the adaptation of Rudyard Kipling’s “Jungle Book” which will be shown on a different level. Watch this one and compare it with the other Disney versions of this children’s story. It is directed by Andy Serkis who gave voices for characters such as Gollum in the 2001-2003 “The Lord of the Rings” trilogy and the 2012 “The Hobbit: An Unexpected Journey“, King Kong in the 2005 “King Kong” movie, Caesar in the 2011 and 2014 “Planet of the Apes” movie franchise, and Captain Haddock in the 2011 animated movie, “The Adventures of Tintin“.

If you are a lover of international festival movies, you may add “Roma” to your international movie list. This is a drama movie written and directed by Alfonso Cuarón that won the Golden Lion at the 2018 Venice film festival. Just the international award itself may make you curious and wonder why a Spanish movie won it and why not just watch it and find out that it really deserves the international award despite its black-and-white cinematic style.

In addition to these colorful animes, fans of the animated television shows will be thrilled to know that “3Below: Tales of Arcadia“ will be shown on 21 December. This is the second part of the “Tales of Arcadia” trilogy which was created by Guillerdmo del Toro. The first installment, “Trollhunters“ was already finished on May 2018 and the final animated series entitle “Wizards“ will be shown in 2019. 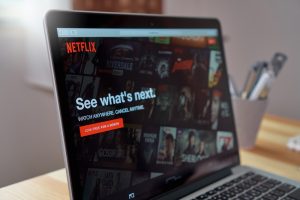 Music aficionados will also be delighted with music-themed shows including “8 Mile“, “ReMastered: Who Killed Jam Master Jay?“, “Michael Jackson’s This Is It“, “Dance & Sing with True: Songs“, and “Springsteen on Broadway“.

Another wonderful show to watch out for especially for those who loves to eat is the “Anthony Bourdain: Parts Unknown: Season 11“ which will also be shown on 25 December. For those who have no idea who this man is, Anthony Bourdain is a famous chef who travelled into the different parts of the world and influenced most people who have learned to love watching his travel documentaries that details about international cuisine and culture plus real human conditions. He died from an apparent suicide at the age of 61 last 8 June 2018.

The documentary of Bill Murray which has a title of “The Bill Murray Stories: Life Lessons Learned From a Mythical Man“ will be shown on 31 December. This can be a good ending for your 2018 Netflix movie and television shows fulfillment. Bill Murray is one of the cast of the famed 1984 “Ghostbusters ” movie and other interesting movies such as “Tootsie“, “Scrooged“, “Ghostbusters II“, and “Groundhog Day“.

By the way, “Buy Bust“ is an extra movie I recommend and is worth mentioning on this December list since it was already available since 12 November 2018. This is a must for those who love realism when it comes to action-packed movies. It has a strong violence depicted on it showing the ways and life on an enclosed slum area so be careful to not let your children watch this. It shows drug enforcement agents who were double-crossed and they must come out alive of this dangerous place but watch this movie to find out if there are any fortunate agents that was able to fight their way out of this crucial maze of brutal lawlessness and demoralized civilians.

3 Impotence-Causing Diseases You Need To Avoid

How To Be Motivated To Save