Our body is made of millions and millions of cells that form tissues or communicate with one another to help the organs function properly. The brain is also comprised of neurons or brain cells that regulate numerous processes and influence cognitive abilities. Is it possible to grow brain cells or we are destined to use only cells we were born with? How do things work, actually? This post discusses brain cell reproduction and provides useful solutions that could help you boost their count.

Do your brain cells grow back?

For many decades, we were taught that brain cell regeneration is not possible. We were led to believe that human beings are born with a certain amount of neurons which die gradually. Although it is the truth that brain cells die, it is not impossible to grow new ones. Science is making major progress regarding this subject. Different studies were carried out to inspect the possibility or how brain cells reproduce.

After all, all organisms are made of cells that divide, add to the size of an organism, and repair damage. Mammals have replicating cells in blood, skin, gut, and stem cells which exist throughout their lives, thus contributing to the fast replacement. For quite some time, it was thought the spinal cord and brain are the exceptions from this rule and cells in these body parts cannot reproduce. Studies proved those theories wrong, according to the paper published in the Journal of Neuroscience. The primary reason why it was believed that brain cells could not replicate is the complexity of neurons. Due to their highly branched endings (dendrites) they were considered terminally differentiated.

At this point, two parts of the brain are known for their ability to produce brain cells: hippocampus and the subventricular zone. Harvard scientists explain that every person has the ability to develop new cells that can help them improve their cognitive abilities. The production of new brain cells is caused by neurogenesis. In fact, even when you’re old, the brain still produces about 700 new neurons a day.

How can I regrow brain cells?

As you can see, it is entirely possible to grow new brain cells and boosting their count can help you improve cognitive functioning. How can brain cell regenerate? Besides the natural process (700 a day), there are many things you can do increase the growth of brain cells. Below, you can see the best ideas to try. 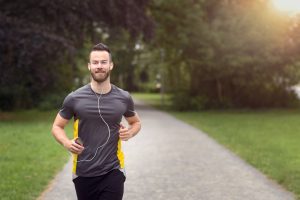 Physical activity is a vital pillar of a healthy lifestyle, and it comes as no wonder why it can help you improve brain cell reproduction. While any type of physical activity is better than a sedentary lifestyle, you’ll achieve greater benefits if you do aerobic exercises such as running or jogging, power walking, swimming, or other similar activities. A study whose findings were published in the Journal of Physiology discovered that aerobic exercise enhances adult hippocampal neurogenesis. High-intensity interval training had modest effects on neurogenesis while resistance training had no effect at all.

Regular sexual intercourse is an opportunity for two people to get closer to one another; it is of huge importance for a healthy and happy relationship. Health benefits of sex are well-documented, but you probably didn’t even realize it can aid brain cell regeneration. For example, a study from the Archives of Sexual Behavior discovered that penile-vaginal intercourse increases neurogenesis in the hippocampus in healthy young women. The primary reason why sex can induce neurogenesis is its ability to reduce stress. Plus, sexual intercourse activates the release of feel-good brain chemicals which help the brain function better while improving your mood at the same time.

If you want your brain to function properly and make brain cells reproduce, you simply have to challenge or engage your mind. Your brain becomes stronger when it is challenged, and you can do it in multiple ways. For example, you can read a book, sign up for some class, learn a new language, do crosswords or Sudoku, among other things. Everything can serve as a mind-engaging activity, and you just have to be creative about it. Scientists at the University of California found that playing three-dimensional video games is more than a fun activity, and it also boosts the formation of memories by 12%. Playing these games can also boost connectivity among neurons; which is important. You don’t want to boost brain cells count only, but to ensure they connect and communicate properly.

Curcumin is an active compound found in turmeric, and it is responsible for many health benefits associated with the spice. Studies show that curcumin has brain-boosting properties that enhance your cognitive abilities. The PLoS One published a study which discovered that curcumin also promotes neurogenesis, although the underlying mechanisms aren’t clear just yet. It is theorized that the compound exhibits neurogenesis-boosting properties through diverse effects on genes related to plasticity and growth.

Take a few moments to think about how much do you eat during the day? Do you eat way too much than you should? If so, don’t feel bad. The truth is that we tend to eat more than our body needs. Overeating leads to weight gain and increased risk of numerous diseases. Controlling your calorie intake is the best way to keep weight in a healthy range, but it also helps production of brain cells. A study from the Neurobiology of Aging discovered that caloric restriction has a positive impact on neurogenesis and it promotes survival of hilar glial cells, a type of neurons.

Omega-3 fatty acids are essential fatty acids that our body needs to function adequately. They are known for their positive effects on brain health, which is why it’s not surprising that Omega-3s can assist in the production of brain cells. The main types of these vital fatty acids are DHA, EPA, and ALA, but the first two have greater health potential. The PNAS published a study which found that DHA significantly enhances hippocampal neurogenesis by a higher number of proliferating neurons. 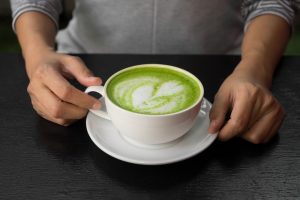 Green tea is considered one of the healthiest beverages in the world. Throughout history, this tea has been used for its medicinal properties. The benefits of green tea aren’t some random claims placed by companies to sell their products. Numerous studies have confirmed its positive impact on our overall health and wellbeing. Although we usually associate the tea with weight loss, it does way more than that. For example, it can promote neurogenesis. A study from the Molecular Nutrition and Food Research discovered that active compounds in green tea called epigallocatechin-3-gallate (EGCG) enhance adult hippocampal neurogenesis.

For quite some time, even the science itself believed that brain cell reproduction is impossible, primarily due to the complexity of neurons and their connections. In recent years we are witnessing the tremendous progress of science, and numerous studies have confirmed that neurogenesis is, indeed, possible. In order to enhance the production of brain cells, you should do aerobics regularly, drink green tea, control your calorie intake, have sex, or simply strive to have a healthy lifestyle.

Important Information About Male Sexual Health That You Should Know

12 Surefire Ways to Go Vegan and Loving It