Contents show
1 1. They’re more knowledgeable about the female body
2 2. They know what they want
3 3. They’re able to enjoy the journey
4 4. Their top priority is their partner’s pleasure
5 5. They know well enough about the importance of foreplay
6 6. They no longer ask silly questions
7 7. They’re open to sexual adventures
8 8. They’re comfortable in their own skin
9 9. They take things lightly
10 10. They can make their partners feel more special
11 11. They’re way more mature

Finally, women have cracked their silence and brutally revealed who perform best in the bedroom. The verdict goes to… older men. Sorry younger guys. You could brag about your endurance, but women’s criteria aren’t limited to bedroom performance, though it matters somehow.

Also, let’s make this straight. Women’s revelation isn’t based on experimentation with partners who have varying ages. It sort of happens as it is. What makes a relationship exciting is the unique characteristics that each person brings to the relationship. When you have accumulated quite a bunch of partners, you can’t help but compare. Not to shame those who performed less but for the sake of knowing which relationships keep you more sexually alive.

And the hard truth is, older men make the most enjoyable sexual partners. As to how women blatantly put it, older guys give the most mind-blowing sex. If you feel you’re younger enough, then read on to know the older guy’s secret and give your partner steamy sex the older guy’s way.

Knowledge comes best with the firsthand experience. The more you engage in it, the more you know the ins and outs of the game. Older guys know a lot about the female body because of the accumulation of their experiences. They know the right spots, the right movements, and the right pressures that can make a woman gasp for more. They know how to touch the clit or how to use their tongue in a stimulating way. And they know a lot about how a woman responds to different stimulations, which a beginner is still finding it hard to accomplish.

2. They know what they want

Older men know exactly what they like or don’t like in bed and tell it confidently. Because they know that the guessing game doesn’t work, they’re also able to ask their partners what makes them tick. They’re so honest that women don’t worry about whether they’re doing it correctly or not. The fewer worries they have, the more focused they are during sex.

3. They’re able to enjoy the journey

While younger guys aim for the target, which is normal for their age, older guys don’t. They’re not preoccupied with climaxing that they’re able to bring their partners to ecstatic states in a relaxed and pleasurable manner. They can incorporate variety and try different sex positions without having to worry about the climax. Most of all, they can sense when their partner achieved orgasm before they can finally explode their loads.

4. Their top priority is their partner’s pleasure

Because they have lots of experiences about a woman’s anatomy, they can guide their partners to discover the erogenous zones that they didn’t know exist. Older guys know where the G-spot is or what kind of stimulation that can make a woman orgasm fast, particularly when they don’t have enough time to share longer sex.

5. They know well enough about the importance of foreplay

From experience, older guys know explicitly how foreplay matters to women’s sexual adventures. They even know that their phones can be a tool for incredible sex later. Also, they know how to turn women on using their minds. They invest in putting more effort at foreplay because they know the payoff can be huge.

6. They no longer ask silly questions

When a beginner asks silly questions, that could be forgivable but a bit downgrading. Instead of asking what kind of foreplay your partner prefer, why not just try doing it? Being honest is okay but can somehow kill the mood.

Because older guys are more experienced with calculated actions, they don’t make themselves appear ludicrous. They start doing their business and when they sense their partner isn’t into it, they change tactics, which works better.

Older guys know that excitement lies in sex variations. Hence, they’re more open to new sex ideas their partner wants to try. Anyway, they already know what things work best, so much so that they always have a backup plan when things won’t work as expected.

8. They’re comfortable in their own skin

Unlike the younger dudes, older guys don’t have to compare themselves with the hot guys at the gym. They know what they got and they’re confident about it. Their self-confidence can even make them look sexier with their sagging tummies. They know that confidence doesn’t lie on the looks but on the wisdom that they gained over the years. It’s this confidence that makes them amazing sexual partners.

Gone are the years when they have to apologize for falling off the floor during sex. They have gone through lots of those. Thus, when they make one, they can laugh it off, shrug their shoulders and get back to business. No apologies needed. They know more weird things could happen while hitting the sack.

10. They can make their partners feel more special 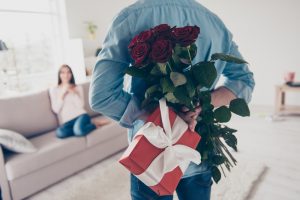 Nothing can melt a woman’s heart than being treated like a princess by her partner. And older dudes know, most especially, how to make their partners fall for them by giving them the best attention they deserve before or after sex.

They know that breakfast served in bed can be one of the best ways to wake up a gorgeous woman. Or that filling the room with fascinating scents can soothe their partner’s aching nerves.

This is one thing the younger dudes can’t argue with. Maturity comes with age and experience. Though not all older men come to the point of emotional maturity, most of them do. Being emotionally mature is important in all types of relationships. Women hate telling their partners to grow up. With an older guy, this is never a problem. Emotionally mature guys can lead their partner to take their sexuality to the next level, without fear of being judged or shamed.

If you’re a younger guy reading this, don’t feel bad for being one. Older dudes go through the same self-doubts and uncertainty of themselves once in their lives. Growth is a process. Whether you want to grow sexually or financially, which can matter at some point, you have to go through the different stages until you learn the rules of the game by heart. Life isn’t always about sex. It’s also about being there for someone, learning your lessons, and sharing the best experience that life can offer, whether it’s in the bedroom or in some other way.

Top 18 Best Foods to Eat on Your Weight Loss Journey